Jose Rizal Memorial State University was established by virtue of RA 9852 with Congresswoman Cecilia G. Jalosjos-Carreon as principal author, Congressman Cesar Jalosjos as co-author. It was approved by President Gloria Macapagal-Arroyo on December 15, 2009. It was formerly the Jose Rizal Memorial State Collge by virtue of RA 8193 sponsored by Congressman Romeo G. Jalosjos of the 1st District of Zamboanga del Norte which was approved on June 11, 1996 by the President of the Republic, Fidel V. Ramos. It was a consolidation of the Rizal Memorial Vocational School (RMNVS) in Dapitan City, the Zamboanga del Norte School of Arts and Trades (ZNSAT) in Dipolog City, and the Siocon National Vocational School (SNVS) in the Municipality of Siocon. In 2002, two higher education institutions (HEIs) within Zamboanga del Norte, namely the Katipunan National Agricultural School (KNAS) in the municipality of Katipunan and the Zamboanga del Norte Agricutural College (ZNAC) in the Municipality of Tampilisan, were integrated into then JRMSC pursuant to CHED Memorandum Order No. 27 series of 2000 thus comprising the fourth and fifth campuses, respectively of JRMSU.

The first President was Dr. Felipe O. Ligan who was appointed in 1997. On June 7, 2002 CHED Special Order No. 35, s. 2002 appointed Dr. Henry A. Sojor as the OIC President of the Jose Rizal Memorial State College in concurrent capacity as President of Central Visayas Polytechnic College in Dumaguete City now Negros Oriental State University.

In the span of two years and eight months, the Board of Trustee then deemed it best for the College to have its permanent leader. Thus, on March 1, 2005, Dr. Edgar S. Balbuena assumed office as second President of JRMSC pursuant to BOT Resolution No. 04, series of 2005 Chairmaned by Fr. Rolando V. Rosa, OP.

With the appointment of Dr. Balbuena, the College charted a new course. With his extraordinary leadership it took only four years and nine months for the College to be elevated to the status of a University. Indeed the growth of the University means a continuing and growing commitment for academic excellence and quality, research, and productivity, community involvement and partnership for national development and global competitiveness. Evidently, he emerged as a dynamo, leading the people of Zamboanga del Norte and adjacent provinces towards improved quality life. 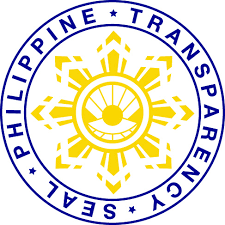